Airway Airway Airway!!!
Infants and young children ARE NOT SMALL ADULTS.
There are Significant and Pertinent Anatomical and Physiological differences: 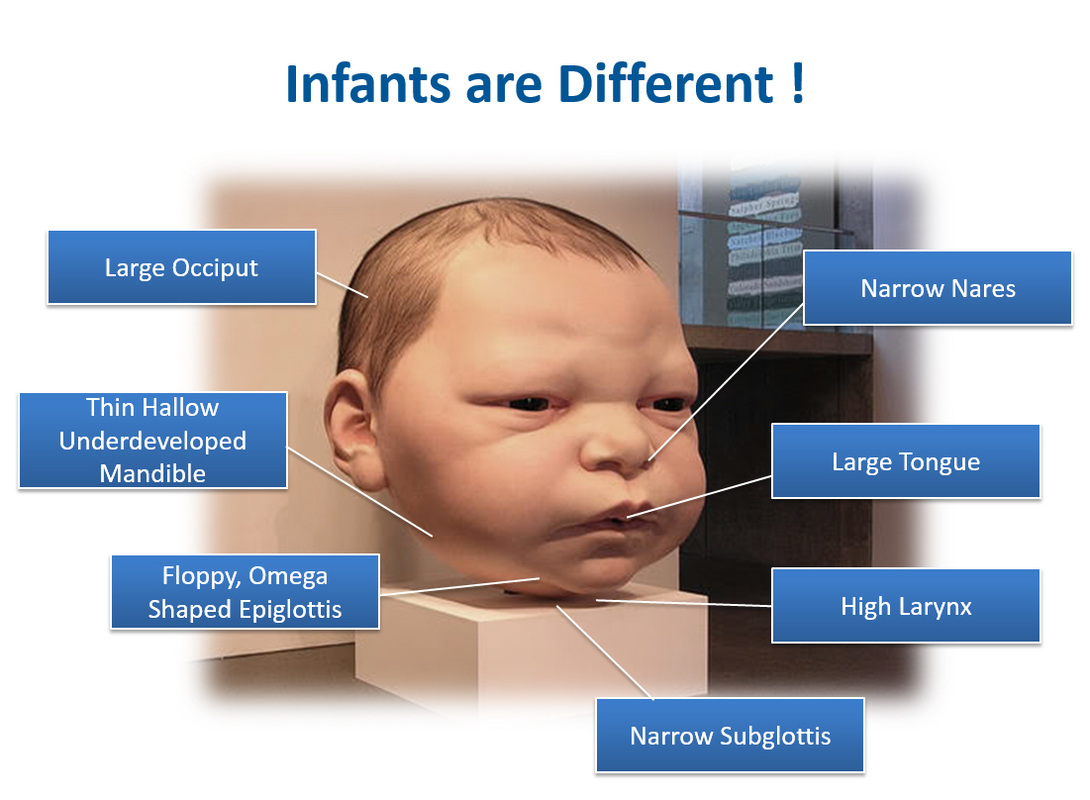 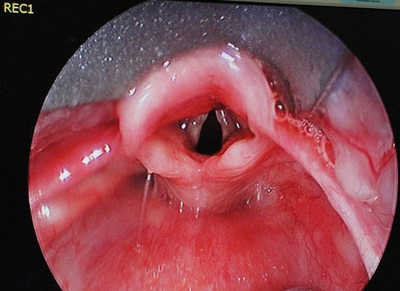 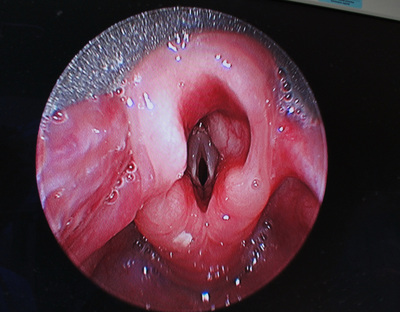 Teething age of primary teeth:The process of shedding primary teeth is called exfoliation. This may last from age 6 to age 12.

The myocardium is less contractile in neonates causing the ventricles to be less compliant and less able to generate tension during contraction. This limits the size of the stroke volume. Cardiac output is therefore rate dependent. Bradycardia results in reduced cardiac output.

Renal blood flow and glomerular filtration rate is low in the first 2 years of life due to high renal vascular resistance. They have lower tubular concentrating ability, which results in higher obligatory fluid loss.

Liver function is initially immature with decreased function of hepatic enzymes. Barbiturates and opioids for example have a longer duration of action due to the slower metabolism.

Hypoglycaemia is common in the stressed neonate and glucose levels should be monitored regularly. Glycogen stores are located in the liver and myocardium. Neurological damage may result from hypoglycaemia. Please refer to the neonatal glucose requirements section for additional details.

At birth, 70-90% of the hemoglobin molecules are HbF

Babies and infants have a large surface area to weight ratio with minimal subcutaneous fat. They have poorly developed shivering, sweating and vasoconstriction mechanisms. Due to these reasons, heat loss is exaggerated during general anesthesia. Infants and children may lose up to 2 degrees (centigrade) during the first hour of anesthesia. Active measure must be taken to prevent heat loss. Forced air warming is among the best techniques to maintain body temperature during anesthesia. Warming IV fluids is also equally important.

A great deal of concern has recently arisen regarding the safety of anesthesia in infants and children. There is mounting and convincing preclinical evidence in rodents and non-human primates that anesthetics in common clinical use are neurotoxic to the developing brain in vitro and cause long-term neurobehavioral abnormalities in vivo. Over 150 articles have been published using animal models (from rodents to primates). All kinds of anesthetics (with the exception of perhaps xenon, and to some extent dexmedetomidine) have been implicated in neurotoxicity.

The difficulty in the interpretation of the clinical studies that have been completed to date is related to the retrospective nature of the studies, the lack of precise information in terms of age, agent, duration, and dose of anesthetics, specific agents used, the variable outcome endpoints used, and the way these outcomes were assessed. At present, results from in populo studies remain too sparse and too inconsistent to allow any recommendations for specific practice guidelines or changes in pediatric anesthesia practice. However, these studies do underscore the need for definitive studies in which outcome endpoints are specific and comprehensive, assessments are prospective and direct, and neuropsychological instruments used for assessment are validated and standardized.

Young Infants < 9 months  are not usually upset by separation from their parents and will more readily accept a stranger.

Older Infants and children up to school age can get very upset and stressed by the separation from their parents and exposure to new unfamiliar people and surroundings. It is a challenge to rationalize with children of this age.

Older children and adolescents can get very apprehensive about the surgical procedure, its possible mutilating effects on their body, and the obvious possibility of pain. Older children are very concerned about loss of self-control and the unknown. The fear of not waking up after surgery can be very real and extremely disturbing for some children.

All these issues need to be tackled in an professional and artful manner. The ability and the need to build trust quickly with the child and his/her parent is extremely important skill-set for a pediatric anesthesiologist.

Checkout the CHILD LIFE section for additional information on this topic.

The extent of the differences among infants, children, and adults in response to the administration of drugs is not just a size conversion. During the first several months after birth, rapid development and growth of organ systems take place, altering the factors involved in uptake, distribution, metabolism, and elimination of anesthetics and related drugs.